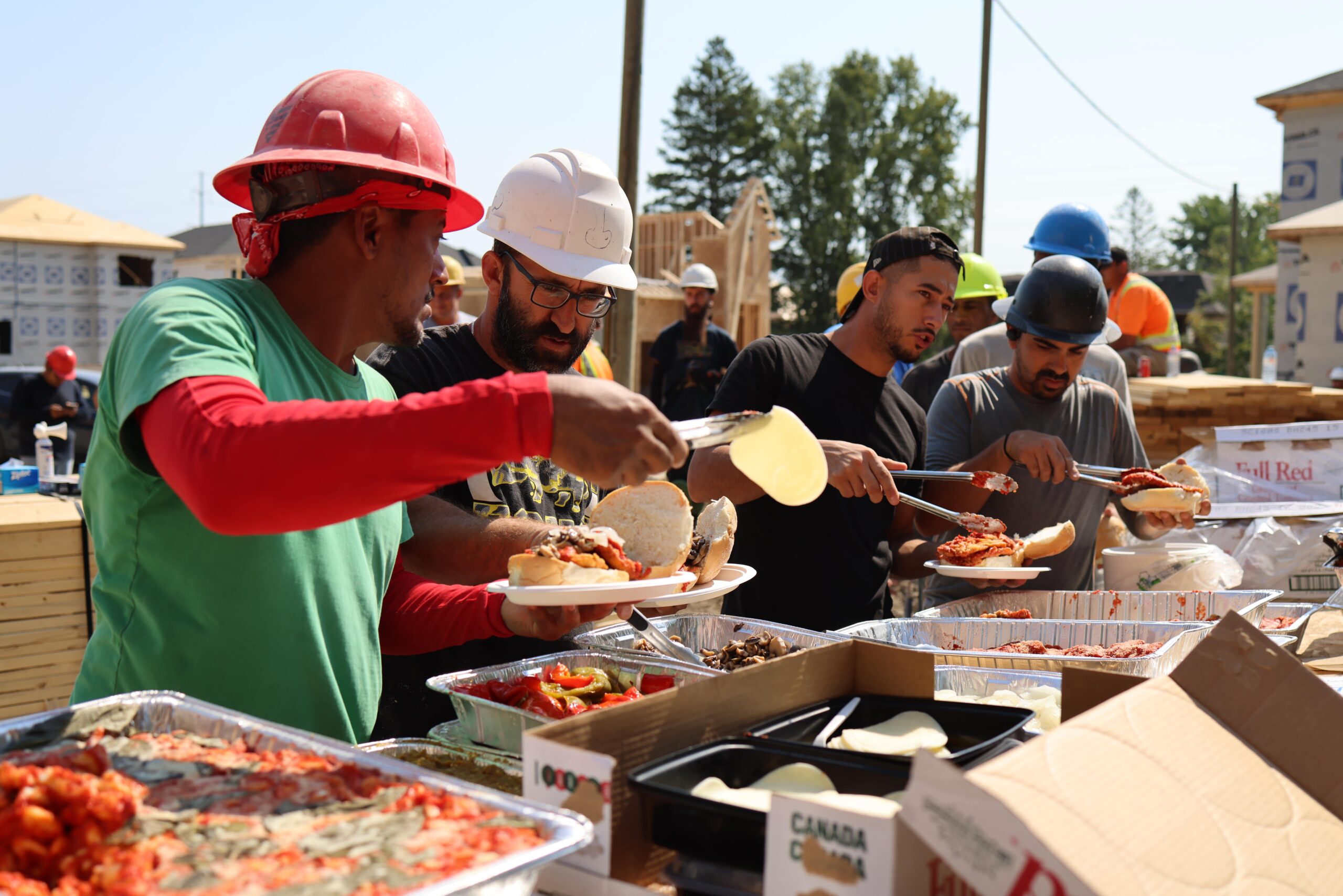 Achieving amazing things in this world isn’t possible without amazing people, and Marshall Homes is fortunate enough to have them in spades.

Marshall Homes is well known for being a family business, as Craig Marshall, Marshall Homes CEO, and his kids play integral roles on the team. However, the company is so much more than that. It’s a close-knit team of employees, trades, consultants, and partners who all work fluidly together and are full of friendship and camaraderie.

“Our goal is to create an environment where people love to come to work,” said Craig Marshall. “We do lots of things together as a team and we support each other. This can be referred to as family values, but we think of them more as human values.”

Fostering an open and inclusive work environment where people feel free to express their opinions is an important part of the company’s culture, as is celebrating their victories together.

“When we get a chance, we like to party,” said Craig Marshall with a chuckle. “It brings us all a little closer and there is usually plenty to laugh about the next day. The people that work at Marshall Homes share the same values and take pride in what we do, so celebrating together is always important.”

Marshall’s employees are selfless and according to Craig, they are what makes the company tick.

“These are the people we owe our livelihood to and we respect them and they respect each other. It makes for a fabulous atmosphere,” said Craig. “These are the heroes of Marshall Homes. We have a tremendous amount of respect for our teammates, consultants, partners, and that’s evident in how well we work together and the quality in our builds.”

Loyalty, friendship, and a hive mentality excited about surmounting any challenge that comes their way. This team is why Marshall Homes is one of the top home builders in Durham. 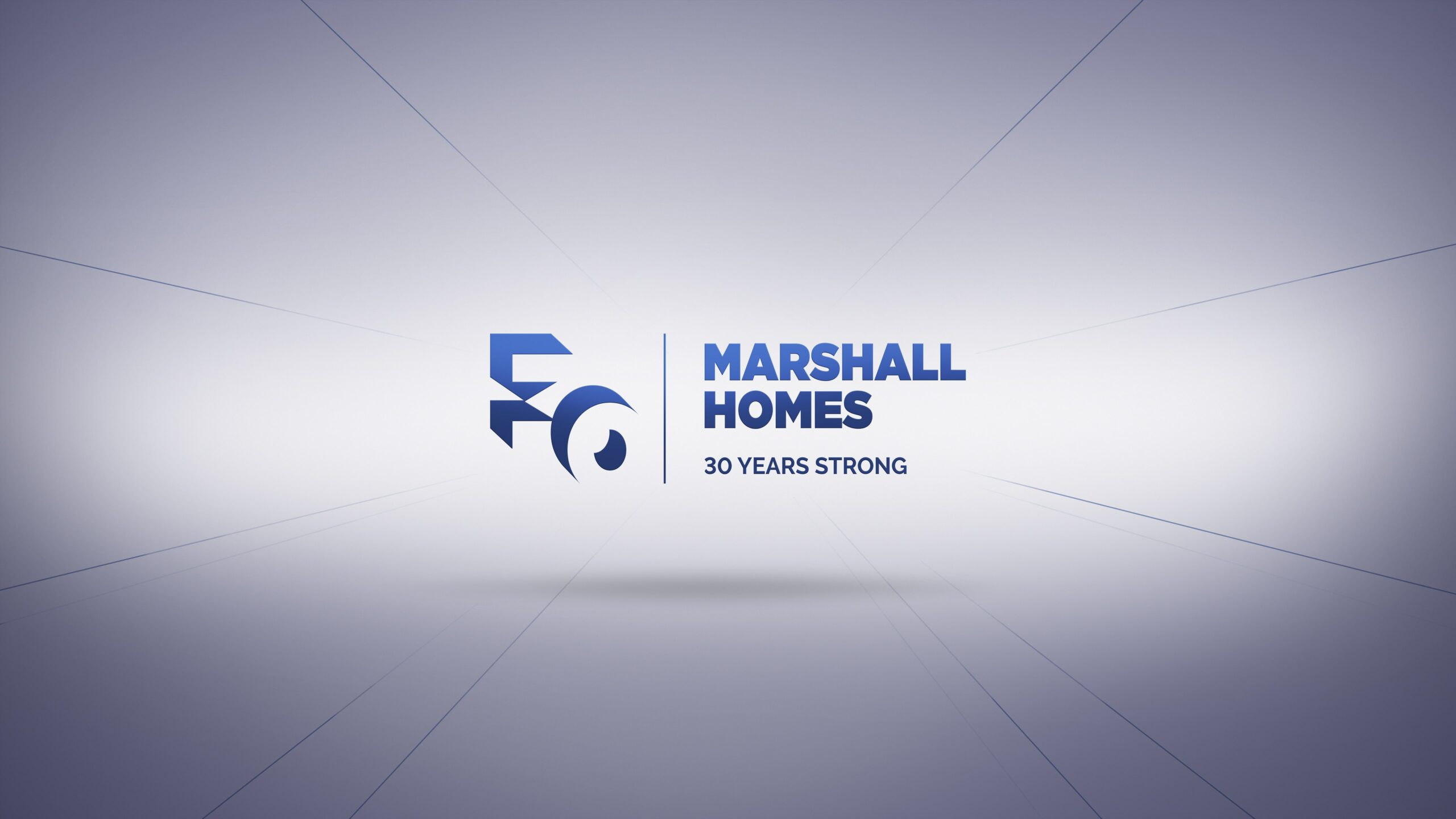 The story began in Tall Trees, our company’s very first community built in Pickering in 1992.

It seems like a lifetime ago, but that community laid the foundations for Marshall Homes – the thriving company that is still building stunning communities across Durham and the GTA today.

However, President of Marshall Homes Craig Marshall was issued a warning by one of his neighbours when he first started the company.

“When I started out, people told me not to use my family name. Too much risk, they said, in case a project didn’t sell or customers were unhappy,” said Craig. “But I’m not one to hide behind a corporate shield and I wasn’t going to fail.”

Quality over Quantity – The Marshall Way

From the very start, Marshall’s philosophy was “Quality over Quantity”. The teamfocused on developing smaller communities around the Durham region, where Craig’s family put down its roots. In other words, he was developing his backyard and community, and he wanted to do it right.

“I was committed to building homes that I’d be proud to put my family’s name on, so that’s exactly what we did,” said Craig.

Now, 30 years later, Marshall Homes is broadening its scope. Larger communities and more game-changing innovations lie ahead as the company looks to improve the lives of families across the GTA and beyond.

But no matter how much the company grows, Craig plans to keep a level head and always remember where he began.

“I’m so proud of how much we’ve grown and matured,” he said. “Building a better home will always be part of our DNA, but we’re so excited about raising our game and reaching that next level.”

Innovation. The heartbeat of technological progress and one of Marshall Homes’ core values. Being one of the first builders in Canada to introduce the popular open-concept design is certainly something to be proud of, and Craig Marshall and his team have continued to up the ante.

“We were also a leader in bringing geothermal heating and cooling, grey water recycling, and green-grass driveways to the market,” Craig said when discussing the open-concept design. “As well as the construction of Canada’s first LEED-certified home, an accolade we’re very proud of.”

Built in Pickering, Altona Towns will help homeowners reduce their energy bills thanks to the community’s superior energy efficiency and the cooperation established between Marshall Homes and the local hydro companies.

“The Altona Towns in Pickering offer homeowners reduced utility bills, backup power, and will help the local utility company generate and store clean energy,” Craig explains. “This new initiative will also contribute to the research and design of future, autonomously-powered communities, a model that we hope will be adopted by other builders in the GTA and beyond.”

Marshall is dedicated to consistently learning and staying ahead of the curve. It’s a special company, and the team couldn’t be happier to celebrate a successful 30 years in the industry. Follow us on social media to stay tuned for more 30th Anniversary videos!